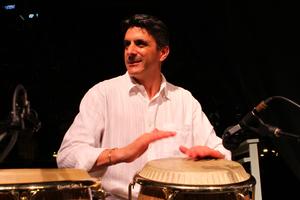 A percussionist and drum set artist across a range of styles, Craig is most recognized for his outstanding ensemble The Craig Russo Latin Jazz Project. The group has played venues such as Chicago’s Jazz Showcase, St. Louis’ Jazz at the Bistro, and The St. Louis Jazz and Heritage Festival. The group has released four CDs including “Soul Eyes” which featured Charanga Tropical musical director Doug Little and “Mambo Influenciado” which received extensive radio play throughout the country. “Mambo Influenciado” spent weeks in the top 20 on U.S. Jazz Radio charts with active rotation on over 80 radio stations. Though based out of Southern Illinois, Craig has performed with Charanga Tropical in Chicago and Minneapolis.

Craig Russo’s passion for Latin music began at age fifteen during a family vacation to Puerto Rico. After a day at the beach, his father encouraged him head out on his own to experience live salsa at a local night club. With just enough money for cab fare and little more, Craig ventured to a San Juan night club and encountered a band like nothing he had ever seen before. The power and intricacy of the percussion, the charismatic lead singer, the groove, the improvisation, everyone dancing, sweating, and smiling; it was another universe compared to his hometown of Dubuque, Iowa. 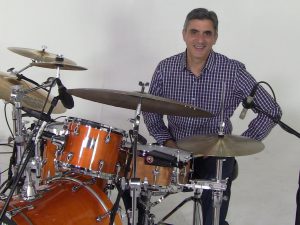 That evening Craig stayed too long and spent too much. To return to the hotel, he took a taxi and watched with growing concern as the cab’s meter kept turning – closer and closer to what he had left in his wallet to pay for the fare. Finally, unable to speak Spanish, he tapped the driver on the shoulder and gestured to pull over so he could walk the rest of the way to the hotel. The cabbie gently smiled, turned off the meter, and took him all the way to the hotel. Impressed by the power of the music and the kindness of the people, Craig purchased conga drums soon after returning home and began his lifelong involvement with Latin music.

Craig was already a promising percussionist at the time of that formative night in Puerto Rico, but time passed before the seeds planted that night flourished. Living in Iowa there were few opportunities to learn Latin percussion. Craig continued to focus on drum set and orchestral percussion and earned a music scholarship to the University of Iowa. He eventually forfeited the scholarship to pursue a career in medicine, but still spent weekends playing in jazz bands, R & B groups, and in a range of other settings. 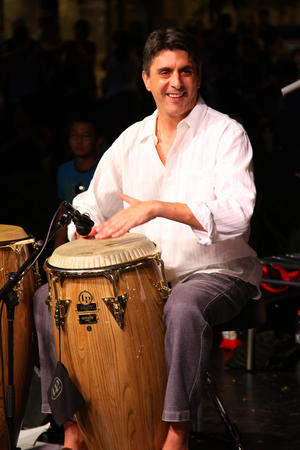 After years of undergraduate and graduate education in the Midwest, New York City and Richmond, Virginia, Craig arriving Central Illinois and became part of small but burgeoning salsa and Latin jazz scene in Champaign-Urbana. As bands folded he eventually formed his own group, The Craig Russo Latin Jazz Project.

Active as performer, Craig is equally passionate about music study and research. Since 2000 he has made several trips to Cuba, each time studying intensively with world renowned percussionists such as Enrique Pla’, Jose Eladio, and Roberto Vizcaino. It was on one such trip in 2002 that Craig met Charanga Tropical music director Doug Little.

Steeped in the American sounds of jazz but deeply affected and knowledgeable about Cuban music, Craig is thrilled to be part of this special performance and recording opportunity in Havana at the International Danzón Festival.